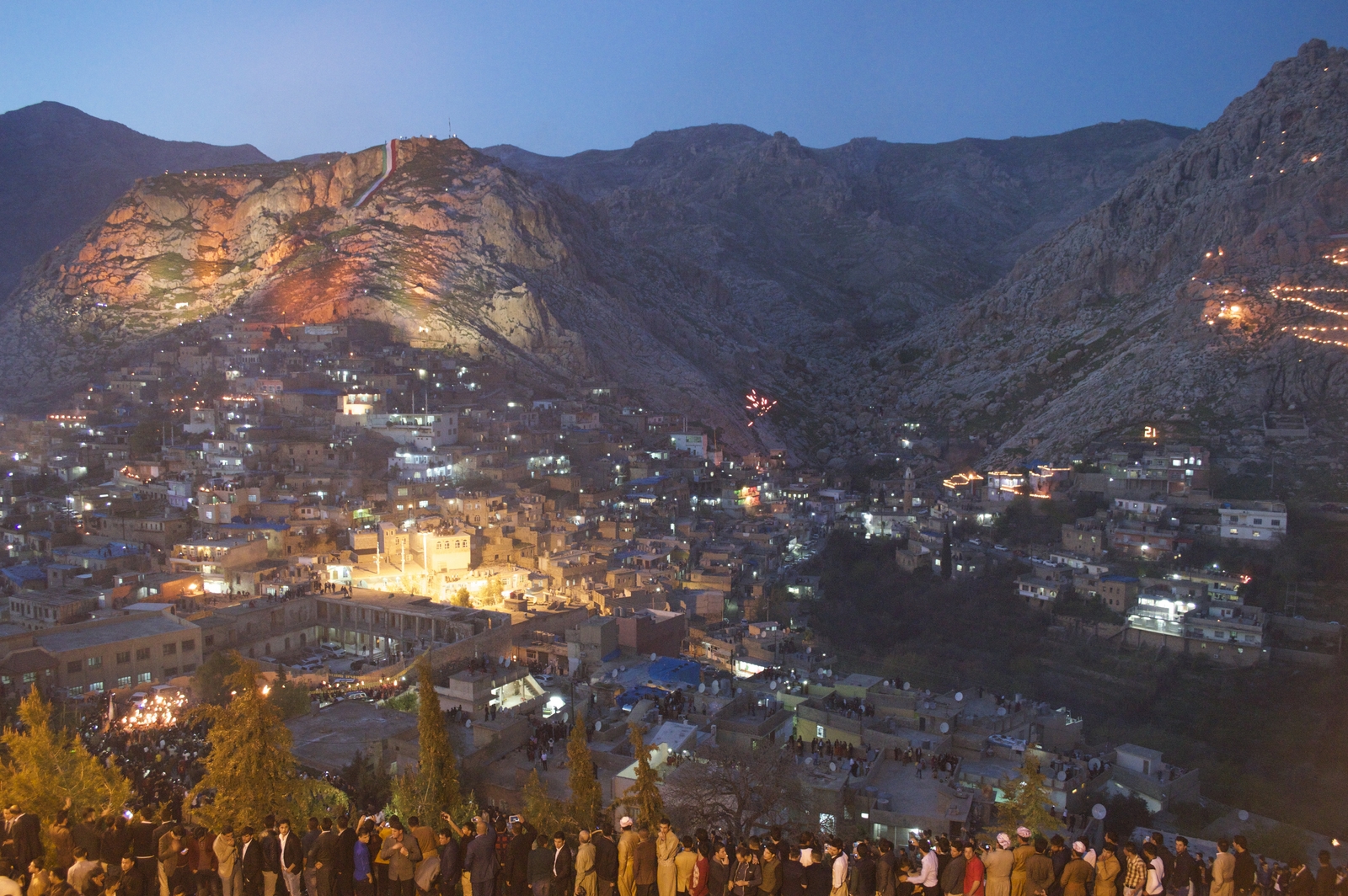 While modern Akre was founded by the Ottoman Empire (1877), the most commonly held view dates its origin to around 700 BC. The Kurdish Prince Zeid who named it after the Zoroastrians designation “Iakr” – meaning fire, founded it. Many maintain Akre is much older and legends abound that “Iakry” rose from ancient seas that once covered the region. Keeping in mind that Kurdistan is the “land between the rivers” and the “cradle of civilization” this may be more than myth. While religious roots trace to the Zoroastrians, the city has also had a significant Jewish populationand still has many Christians. There are over 700 archeological sites in the area including ancient caves, Zoroastrian Temples and old Christian Churches.