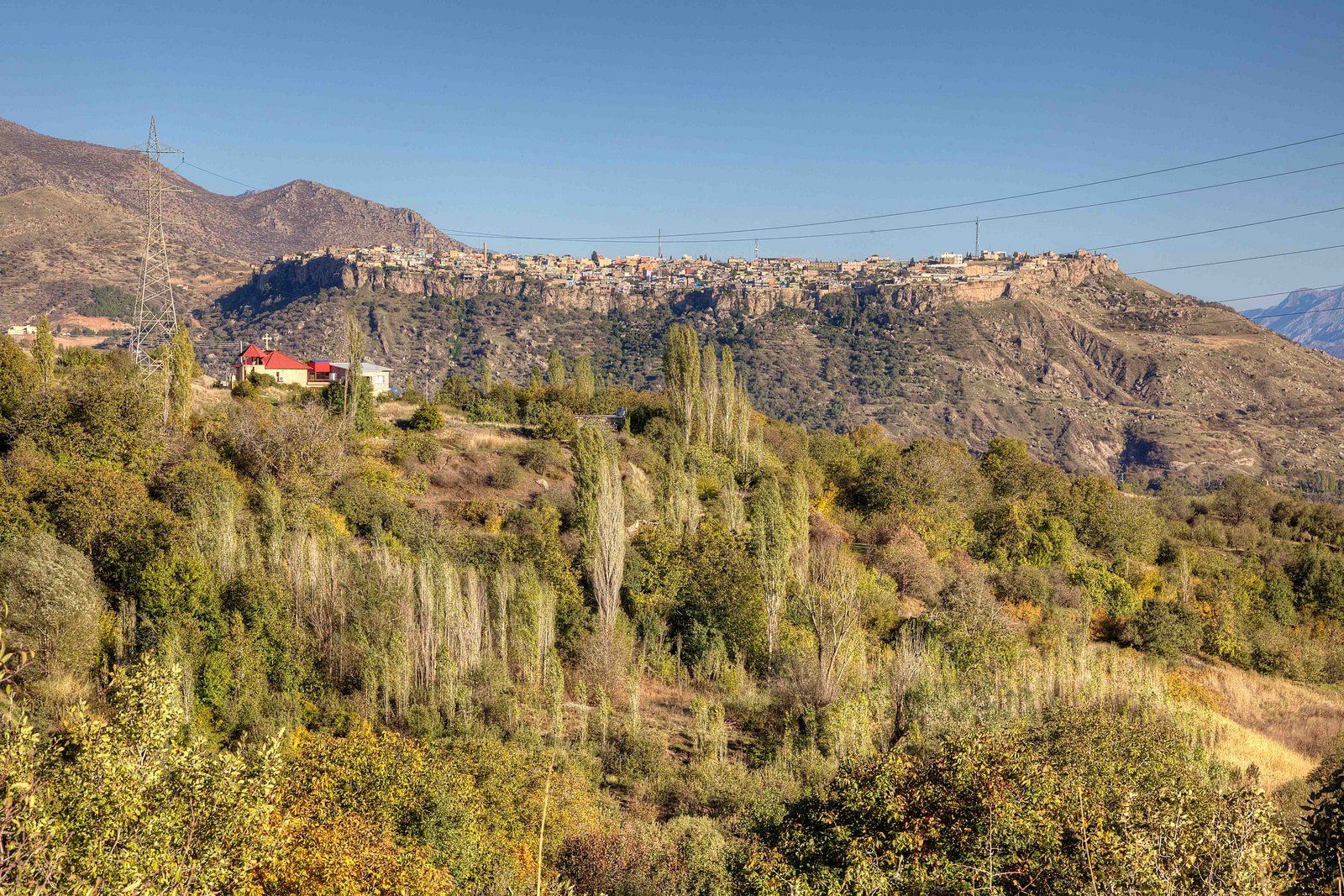 The ancient city of Amadiya (dating from the Assyrian era) located on a high promontory above a breathtaking landscape and fed by a geothermal spring originating far below the mountain. 90 Km northeast of Dohuk; about 1400 m above sea level; surrounded by heights it was once an almost impenetrable fortress. The city Gate (Bab Zebar) is located in the eastern side of the City of Amadiya. Its width was 4 meters, built by Imaduddin Al- Zanki in 5-600 AD.A minaret is located in the middle of Amadiya. It is 30 meters high.

The Islamic ornamentation (arabesque) is clearly.seen on the minaret. It was built in the time of Sultan Hussein Wali and was part of an already existing ancient city. Pass by a third Century Synagogue and at the base of the mountain visit an ancient Egyptian Madrasa reportedly founded by the University of Cairo centuries ago.From Amadiya you can easily travel to scenic Gara Mountain and visit the ruins of one of Saddam’s palaces.

There were 10 palaces built in the same region – all of which were opulent complexes where meals were prepared in each three times a day in anticipation that Saddam ‘might” visit at any moment. One of the palaces was venue to extravagant parties hosting the world’s glitterati and a nearby stadium and pool was under construction where Saddam hoped to one-day host the Olympics. Almost nothing remains of the palaces as the people of Kurdistan tore them all down when liberated from Saddam in 1991 to express their anger at the genocide he perpetrated against them.