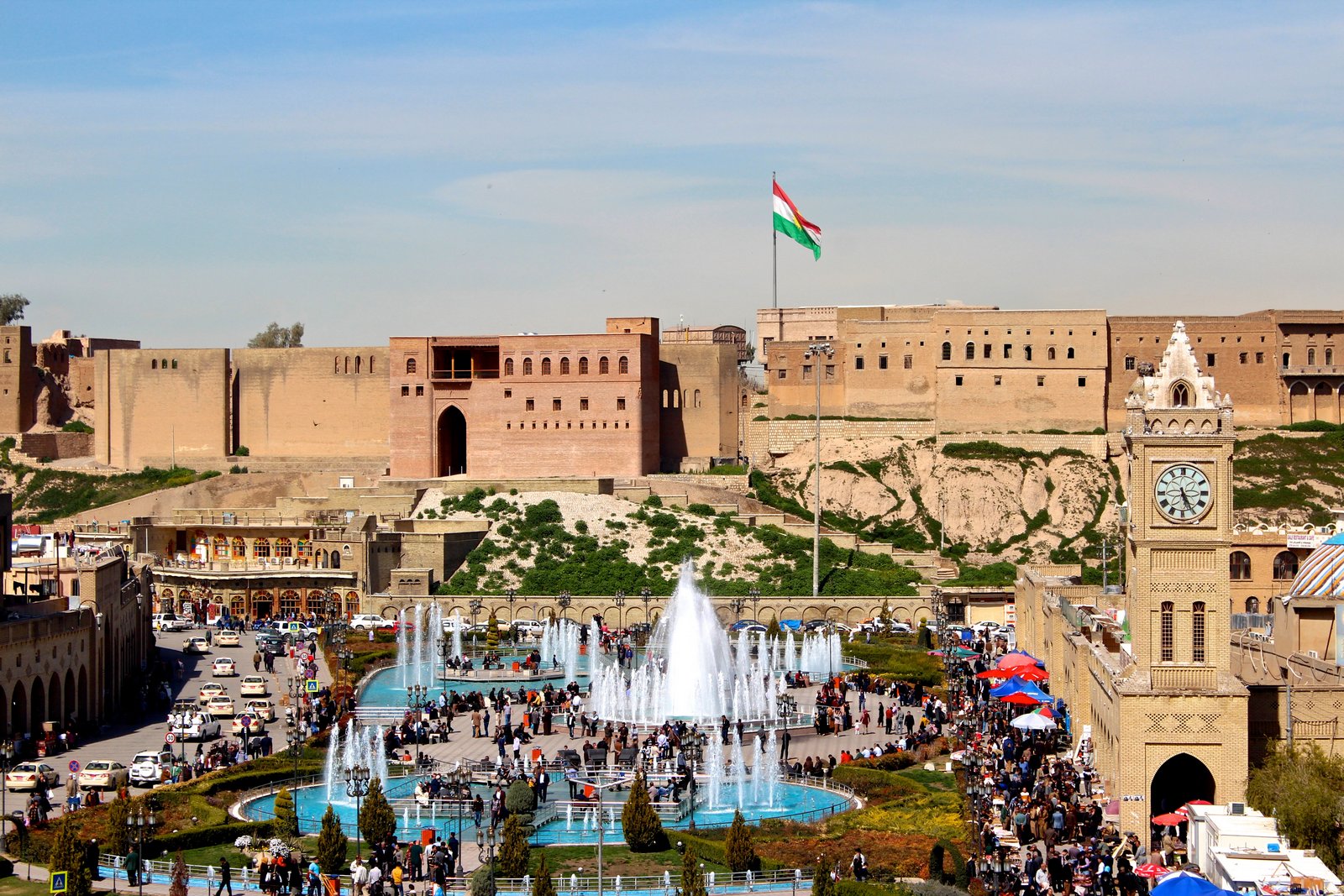 sAlso written Arbil, or Irbil, and known as Hewlêr with a population of approximately 1.5 million (2013), the fourth largest city in Iraq after Baghdad, Basra and Mosul. It is 88 kilometers (55 miles) east of Mosul and is the capital and largest city of the Kurdistan Region of Iraq.

Urban life at Erbil (Hewlêr) can be dated back to at least 6000 BC and it is one of the oldest continuously inhabited cities in the world. At the heart of the city is the ancient Citadel of Arbil. In the early part of the 3rd Millennium BC the Hurrians from Asia Minor were the first to establish Urbilum and expand their rule to parts of northern Mesopotamia.

he city became an integral part of Assyria from the 25th century BC to the 7th century BC, but after it lost its independence at the end of the 7th century  BC, both Assyria and the city of Erbil were under the rule of many regional powers in turn, including the Babylonians, the Medes, the Persians and Greeks. Following the Arab Islamic conquest of Mesopotamia, the Arabs dissolved Assyria (then known as Assuristan/Athura) as a geo-political entity in the mid-7th century AD, and during medieval times the city came to be ruled by the Seljuk and Ottoman Turks.

Erbil's archaeological museum houses a large collection of pre-Islamic artifacts, and is a center for archaeological projects in the area. The Arab Council of Tourism officially has appointed the city Arab Tourism Capital 2014. In July 2014 UNESCO named it a World Heritage Site.

WHAT TO DO IN ERBIL
Visit the 7000-year-old Citadel of Erbil – the oldest continuously inhabited city on earth (There are cities perhaps as old but not continuously inhabited). Erbil Citadel was once a Sumerian City called Urbellum or Arbella (4 gods) and it is believed that Abraham passed through this city on one of his journeys. It once housed the Temple of the Goddess Ishtar. It was also the city Darius III fled to after facing defeat by Alexander the Great on the nearby plains of Gaugemela. UNESCO is currently undertaking a massive restoration project.

Tour the famous Textile Museum in the Citadel. The museum, housed in a 220 year old residence features ancient Kurdish fighting tools, traditional dresses, handmade rugs from different regions and eras of Kurdish history, jewelry and photos. In addition to Kurdish antiquities there are a number of pieces from Iran and Turkey.

Women are taught on site how to weave in traditional style with a goal to preserving the ancient arts of the land. The fascinating art of felt making is also practiced on site. At the Museums’ gift shop you will have an opportunity to acquire a sample of local crafts.

Across from the Museum is a large and well-known antique shop where one can acquire a piece of Kurdistan’s history as well as its more modern crafts. Visit the Choli Minaret, which is one of Erbil’s most famous landmarks dating to the Atabag period (12th century). The structure was built from burnt bricks and tiles imported from Egypt – a nation linked to Kurdistan in Antiquity. Due to the long-term effect of deterioration, the essential part of the architecture has disappeared and thus the leaning minaret is the last survivor of Erbil’s most famous historical mosque.