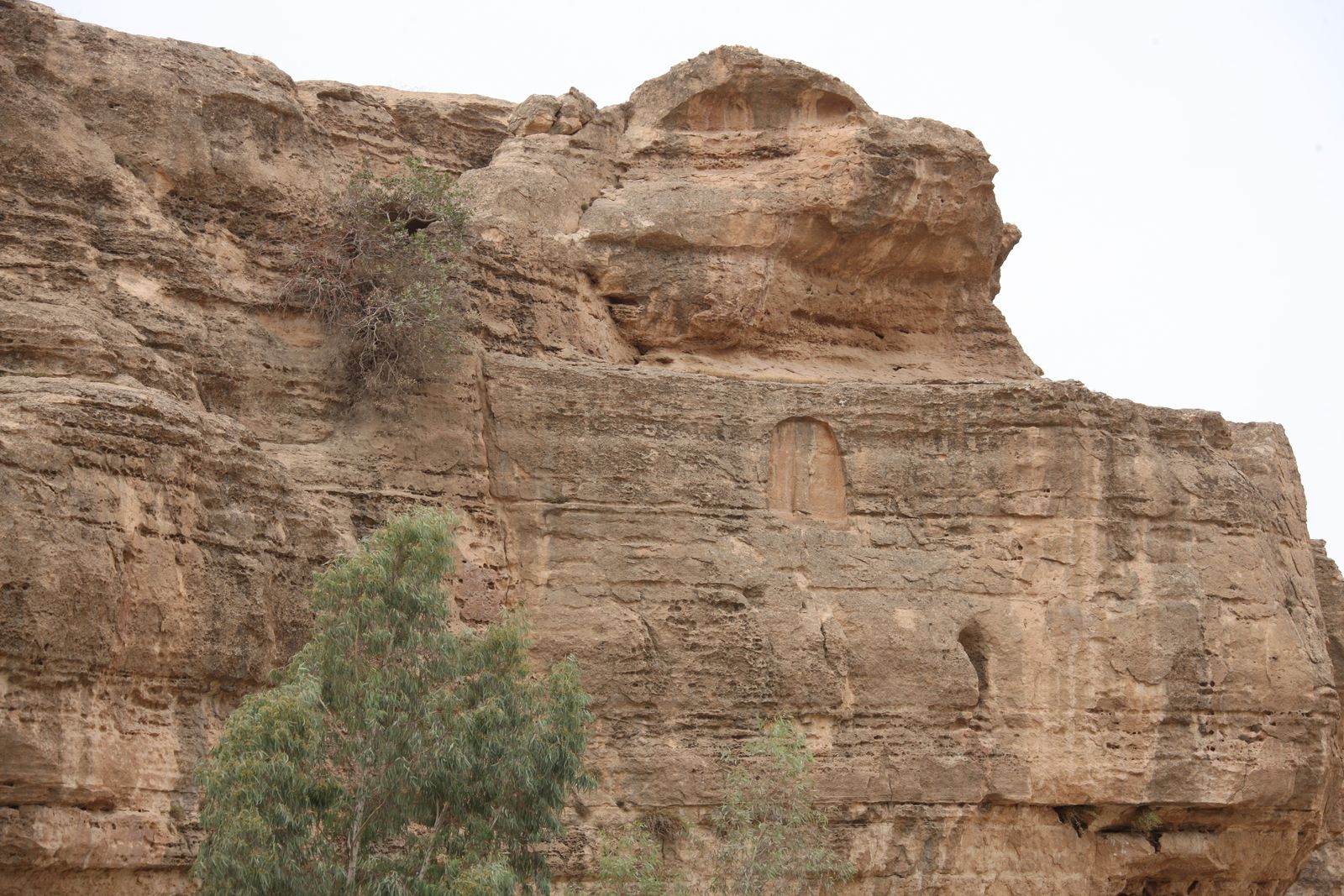 Khanis is part of an ancient Assyrian irrigation system built by Sennacharib and over 2,500 years old. It linked the palace of King Sennacharib in Nineveh to sources of water in the mountains of Kurdistan. This system also provided water to farmers in Nineveh even in the dry, scorching summer. The Aqueduct was so bountiful in its supply of water that eventually it part had to be diverted en route to Nineveh into what became a swamp and the ultimate home of a number of rare species of birds and other wildlife.

As was the case with the nearby site of Jirwana, The Oriental Institute (University of Chicago) traveled to Khanis in the early 1930s, and their complete findings may be found in their 1935 report: "Sennacherib’s Aqueduct at Jerwan" (Jacobsen and Lloyd).

The site holds several intricate carvings and reliefs, including many reliefs of Sennacherib (704-681 BC) carved into the rock itself.

One of the most famous aspects of the site has fallen into the nearby water, a large rock representing a Llamsu — a winged bull (or lion by some accounts) and other carvings partially split that are largely sunk into the shallow part of the riverbed.

Khanis is extremely popular with tourists and many visitors opt to take a swim in the water especially in the hot summer months.

Though Jirwan (Jirwan or Jirwana) is a very well-known archaeological site, only a fraction of this site has been excavated. The purpose of the aqueduct was to bring waters from the Gomel Su River south to the gardens of Nineveh. Many of the stones have cuneiform and ancient Assyrian carved into them and some may be found on the ground.

Many scholars now believe the legends of the Hanging Gardens of Babylon were actually Sennacherib’s extensive gardens in Nineveh and were not located in Babylon at all. It was common in the age to refer to the region as well as the city by the name Babylon and Sennacharib spoke often of his lavish gardens whereas Nebuchadnezzar (previously attributed with building the gardens) never mentioned them.

An inscription on the Aqueduct reads: "Sennacherib king of the world king of Assyria. Over a great distance I had a watercourse directed to the environs of Nineveh, joining together the waters.... Over steep-sided valleys I spanned an aqueduct of white limestone blocks, I made those waters flow over it."