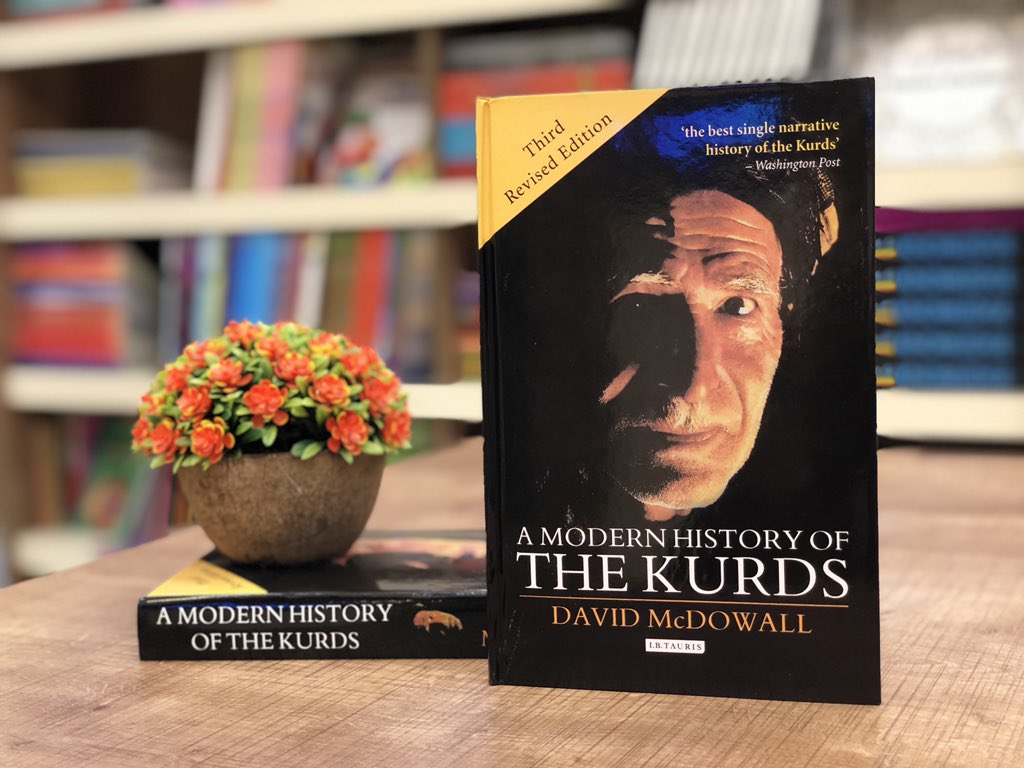 Books on Kurdistan
In alphabatical order

Many books have been written on Kurdistan and many more are awaited. There are two key books that offer in-depth background information and insights on where the Kurdistan Region has come from.  Both books, written separately and at very different times, fit together.

After Such Knowledge, What Forgiveness
By Jonathan Randal  (Farrar, Straus and Giroux, 1997)
Stories of Kurdistan's failures in becoming a nation-state and the role of international powers, including their betrayals. Based on firsthand observations by one of the earliest correspondents to Iraqi Kurdistan.

Blood, Belief and Ballots: The Management of Kurdish Nationalism in Turkey, 2007-2009
By Robert Olson (Mazda Publishers, 2009)

The Emergence of Kurdish Nationalism and the Sheikh Said Rebellion, 1880-1925
By Robert Olson and William F. Tucker (University of Texas Press, 1989)

The First Dissident: The Book of Job in Today's Politics
By William Safire (Random House, 1992)
This book is dedicated to Mustafa Barzani who William Safire says is the most Joban character he ever met.

The Future of Kurdistan in Iraq
By Brendan O'Leary, John McGarry, and Khaled Salih (University of Pennsylvania Press, 2006)

The Goat and The Butcher: Nationalism and State Formation in Kurdistan-Iraq since the Iraqi War
By Robert Olson (Mazda Publishers, 2005)

Hell Is Over: Voices of the Kurds after Saddam, An Oral History
By Mike Tucker (The Lyons Press, 2004)

Historical Dictionary of the Kurds
The Man in Blue Pyjamas: Prison Memoir in the Form of a Novel
By Jalal Barzanji (University of Alberta Press, 2011)

How to Get Out of Iraq with Integrity
By Brendan O'Leary (University of Pennsylvania Press, 2009)

An Introduction to Kurdish Rugs and Other Weavings
By William Eagleton (Interlink Pub Group, 1988)

Invisible Nation: How the Kurds' Quest for Statehood is Shaping Iraq and the Middle East
By Quil Lawrence (Walker & Company, 2008)
An account of the effects of the Kurdish struggle for statehood since the collapse of the Ottoman Empire in 1918 to the events of 1991 with the formation of the Kurdistan Region of Iraq, and the continuing pursuit since 2003 of autonomy in post-Saddam Iraq.

Iraq
By Gareth Stansfield (Polity Press, 2007)
Good source for understanding background history and politics of how the KRI got to where it is.

Iraq and Rupert Hay’s Two Years in Kurdistan
by Paul J. Rich   (Lexington Books, 2008)
Detailing two years (1918-1920) in the life of a British political officer charged with establishing and maintaining British rule in the Kurdish district of Arbil in Iraq, this personal account provides a thorough discussion of Kurdish society from the viewpoint of Captain William Rupert Hay. Chronicling the British government's desperate attempts to establish a civil administration in Iraq just after World War I, Two Years in Kurdistan shows how, as member of the Indian Political Service, Captain Hay attempted to bring British rule to his corner of Iraq.

Iraq Since the Gulf War: Prospects for Democracy
Edited by Fran Hazelton (Zed Books, 1994) with contributions by Ahmad Chalabi, Ali Allawi, Dlawer Ala’Aldeen, Falaq al-Din Kakai Laith Kubba, Kanan Makiya, Ann Clwyd, and others.
Falaq al-Din Kakai’s chapter,“The Kurdish Parliament”, talks of the establishment of the Iraqi Kurdistan Parliament (IKP) in 1992 and the adoption of federalism within the framework of Iraq.

Jewish Subjects and Their Tribal Chieftains in Kurdistan
By Mordechai Zaken (BRILL, 2007)

Journey Among Brave Men
By Dana Adams Schmidt  (Little, Brown, 1964)
Another treasure. From an obituary in The New York Times:  "Mr. Schmidt was with The Times from 1943 to 1972. He won the Overseas Press Club's George Polk Award in 1963 for "the best reporting requiring exceptional courage and enterprise abroad" for a series of articles on the Kurdish rebels in Iraq. At the time, Mr. Schmidt was based in Beirut, Lebanon.

Journeys in Persia and Kurdistan: Travels on Horseback in 1890 Volume One
By Isabella Bird  (Long Riders’ Guild Press, first published 1891)
To improve her health, intrepid Isabella Bird traveled from Britain alone by ship and on horseback during the late 19th century to Australia, “to Hawaii where her health miraculously improved”, the Rocky Mountains, Japan, Malaya, Morocco, Turkey, Tibet and Ladakh, Korea and China, and Persia and Kurdistan.  She was the first woman inducted into the Royal Geographical Society in London.

The Kurdish Nationalist Movement in the 1990s: Its Impact on Turkey and the Middle East
Robert Olson, Editor (The University Press of Kentucky, 1996)

The Kurdish National Movement:  Its Origins and Development
By Wadie Jwaideh (Syracuse University Press, 2006)
Based on a PhD dissertation submitted to Syracuse University in 1960. Jwaideh was a Christian born in Basra who served the Iraqi Government in Iraqi Kurdistan during the 1940s. Much of his research was conducted in Britain and France, and also at Harvard and Johns Hopkins Universities. He served on the faculty of Indiana University for over 25 years from where he retired in 1987 as chairman of the Department of Near Eastern Languages and Literatures which he was instrumental in establishing.

The Kurdish Question and Turkish-Iranian Relations: From World War I to 1998
By Robert W. Olson (Mazda Publishers, 1998)

Kurdistan: In the Shadow of History
By Susan Meiselas  (University of Chicago Press, 2008)
Available in both hardback and paperback, beautifully illustrated with old and more recent photos, 472 pages. A treasure.

Kurdistan on the Global Stage: Kinship, Land, and Community in Iraq
By Diane E. King (Rutgers University Press, 2013)
Anthropologist Diane E. King has written about everyday life in the Kurdistan Region of Iraq which covers much of the area long known as Iraqi Kurdistan.

Kurds and Kurdistan
By Arshak Safrastian (The Harvill Press Ltd., 1948)

The Kurds:  A Concise Handbook
By Mehrdad R. Izady  (Taylor & Francis, 1992).
Well researched by an academic of tribes, political parties, and much more.

The Kurds: A Nation on the Way to Statehood
By Jamal Jalal Abdullah (authorhouse, 2012)

The Kurds and US Foreign Policy: International Relations in the Middle East since 194 5
By Marianna Charountaki (Routledge, 2010, also Kindle Edition)

The Kurds: A People in Search of Their Homeland
By Kevin Mckiernan (St. Martin’s Press, 2006)

The Kurds and Iraq
By Gareth Stansfield (Rouledge, 2014)

The Kurds Ascending: The Evolving Solution to the Kurdish Problem in Iraq and Turkey
By Michael M. Gunter   (Palgrave MacMillan, 2008)

The Kurds (Genocide and Persecution)
By Noah Berlatsky (Greenhaven Press, 2013)

The Kurds of Iraq: Ethnonationalism and National Identity in Iraqi Kurdistan
By Mahir A. Aziz (Tauris Academic Studies, 2011)

The Kurds of Iraq: Building a State Within a State
By Ofra Bengio (Lynn Rienner Pub, 2012)

The Kurds: Nationalism and Politics
By Faleh A. Jabar and Hosham Dawood (Saqi Books, 2007)

Life for Us
By Choman Hardi (Bloodaxe Books, 2004)

The Long March of The Kurds: 40 years of history in the making
By Chris Kutschera

Love in a Torn Land: Joanna of Kurdistan
By Jean Sasson (Wiley, 2007)

The Militant Kurds: A Dual Strategy for Freedom
By Eccarius-Kelly (Praeger Cloth A Titles, 2010)

A Modern History of The Kurds
By David McDowall (IB Tauris, 1997)

Mustafa Barzani and the Kurdish Liberation Movement (1931-1961)
By Masoud Barzani (Palgrave MacMillan, 2003)
Excels not only for its observations and insights, but also for the publication of numerous documents. For example, an especially telling document is Iraqi Prime Minister Nuri al-Sa'id's letter of resignation. And there are many more.

My Father's Paradise:  A Son's Search for His Family's Past
By Ariel Sabar  (Algonquin Books, 2009)
A delightful book about a delightful person that begins among the Jews of Zakho.

My Father's Rifle:  A Childhood in Kurdistan
By Hiner Saleem   (Picador, 2006)

No Friends but the Mountains: The Tragic History of the Kurds
By John Bullock and Harvey Morris (Oxford University Press, 1993)

The Old Social Classes and the Revolutionary Movements of Iraq:  A Study of Iraq’s Old Landed and Commercial Classes and of its Communists, Ba’thists and Free Officers
By Hanna Batatu (Princeton University Press, 1978)

On Current Affairs:  The Kurdish Question, Problems of Development, The National Front, Facing Imperialism and Counter-Resolution
By Saddam Hussein (Ath-Thawra Publications, 1974)
Speeches by Saddam Hussein delivered between September 1973 and April 1974.

A People Without a Country:  The Kurds and Kurdistan
By Gerard Chaliand   (Interlink Publishing Group, 1993)

Road Through Kurdistan: The Narrative of an Engineer in Iraq
By Archibald Milne Hamilton  (Tauris Parke Paperbacks, 2005)
First published in 1937 this book is about what today is still called the 'Hamilton Road', one of the world’s great drives, through the deepest canyons in the Middle East and up through the highest mountains in Iraq, built in 1928-1932 to connect the British and Persian Empires. Earlier used hardback editions are available for about $20 and up.  The latest edition (2005, paperback) is available used for about $200! and new for about $350!!

Shanidar: The First Flower People
By Ralph S. Solecki  (Alfred A. Knopf, 1971)
A personal narrative of one of the most important and exciting archaeological discoveries of recent years.

A Thousand Sighs, A Thousand Revolts:  Journeys in Kurdistan
By Christiane Bird  (Random House, 2005, paperback)
The author traveled around Kurdistan avoiding the usual places and people by staying with families to observe and absorb Kurdish culture.

To Mesopotamia and Kurdistan in Disguise
By Ely Banister Soane   (Cosimo, Inc., 2007)

The United States, Iraq and the Kurds: Shock, Awe and Aftermath
By Mohammed Shareef (Routledge, 2014)

When the Borders Bleed: The Struggle of the Kurds
By Ed Kashi and Christopher Hitchens  (Pantheon, 1994) 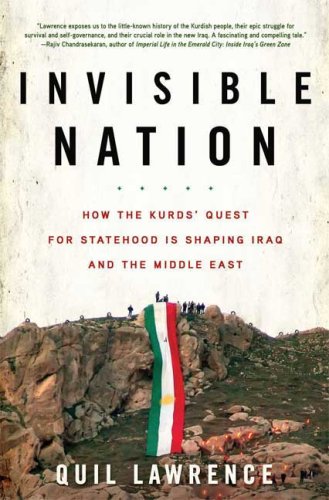 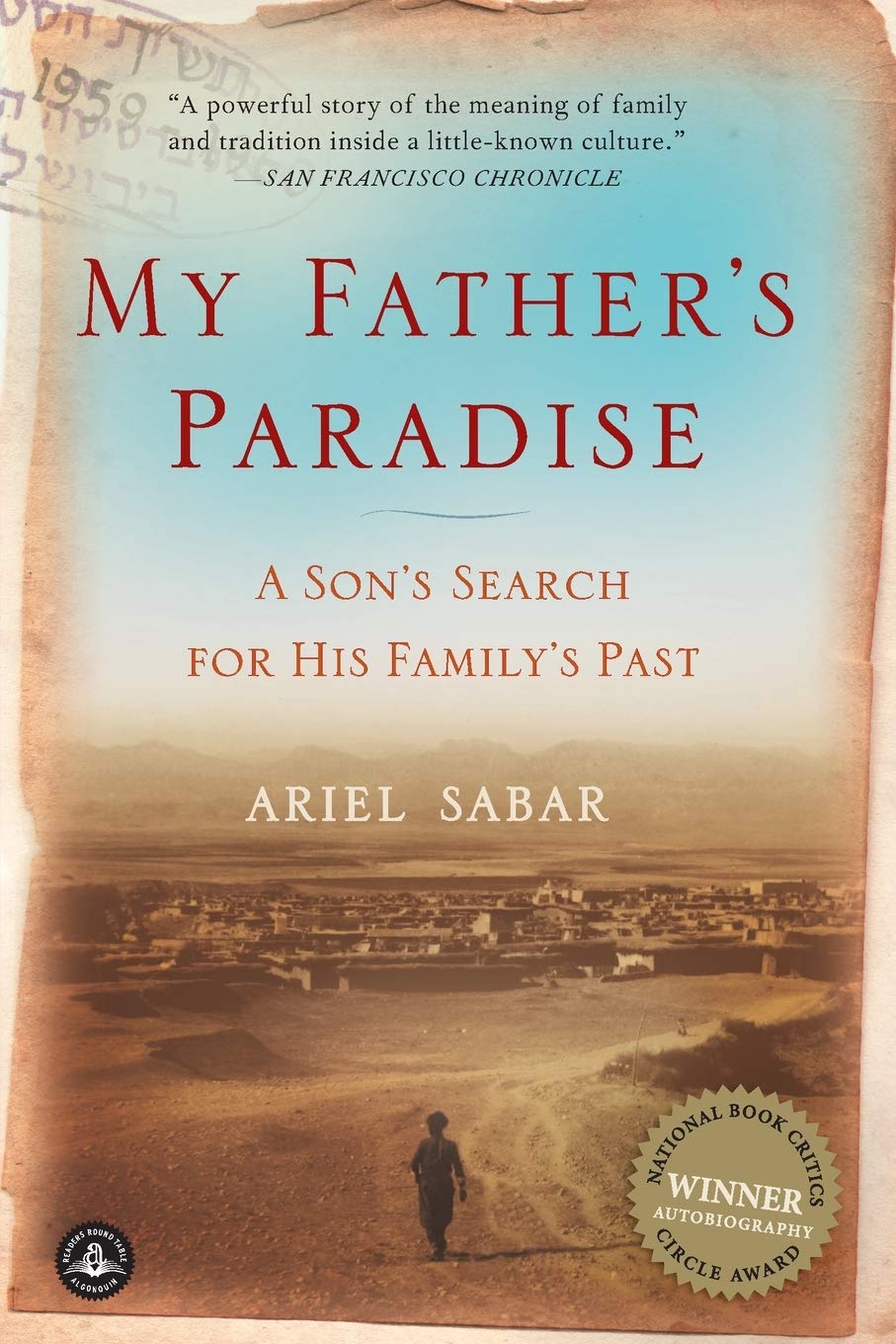 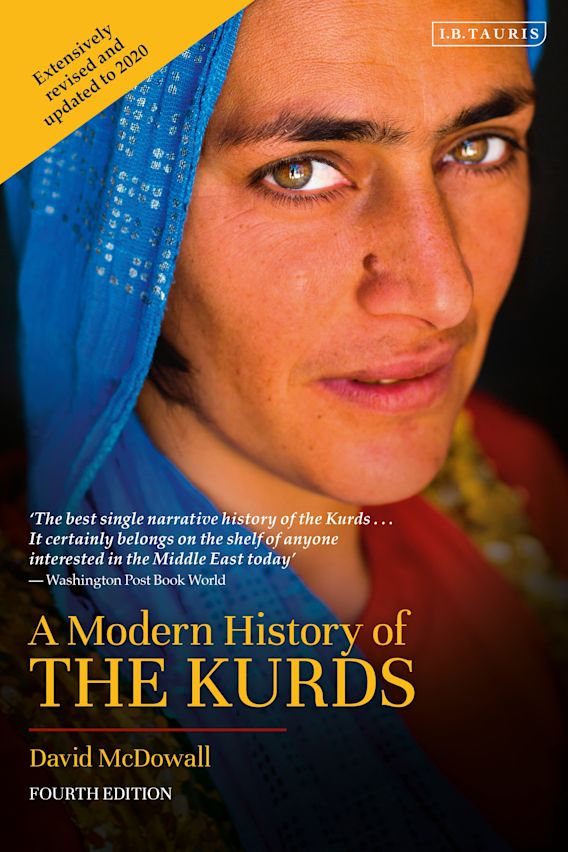 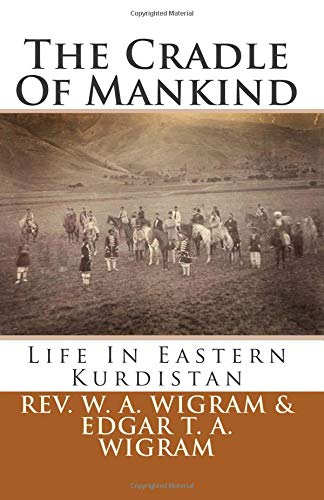 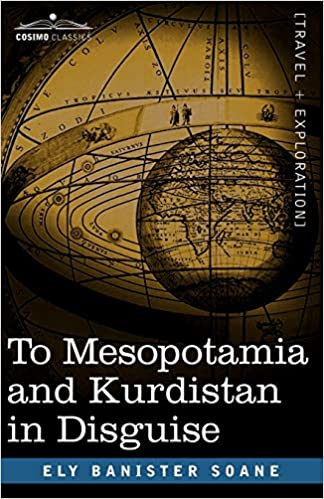 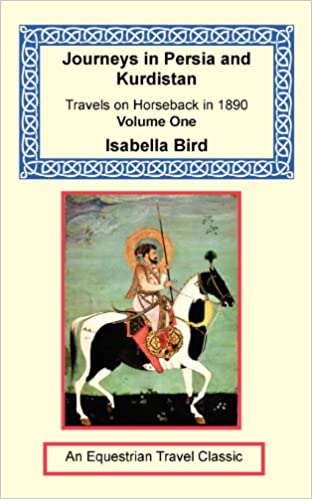