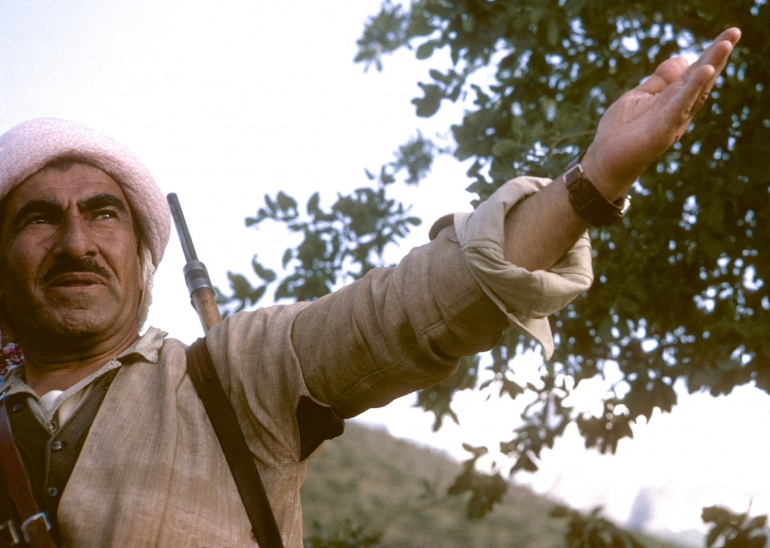 September 11 is (also) the anniversary date of the Kurdistan revolution that began in 1961.  From his assignment in Beirut, The New York Times Middle East correspondent Dana Adams Schmidt “disappeared in Kurdistan” during the summer of 1962 for 59 days. Avoiding Syrian, Turkish, Iranian, and Iraqi authorities, Schmidt trekked with peshmerga and rode donkey, mule, and horse across today’s Kurdistan Region of Iraq.  Following this assignment he received a prestigious award, “For the best reporting requiring exceptional courage and enterprise abroad.”

Following the overthrow of the Iraqi monarchy in July 1958, after twelve years of exile in the Soviet Union, Mustafa Barzani returned to Iraq in September 1958.  Later, after his vehicle trip, U. S. Supreme Court Justice Douglas met Mustafa Barzani in Baghdad and wrote, “The leader of the Kurds is Mustafa Barzani, whom I know as a friend.”

Correspondent Dana Adams Schmidt spent some days with Mustafa Barzani in the mountains of Iraq.  His observations, insights (notably his “Evaluation”), experiences, and conversations with Mustafa Barzani are well told in his thoughtfully enlightening book, 'Journey Among Brave Men' (Little, Brown and Company, 1964). Justice Douglas contributed the Forward to Schmidt’s book.

'The Last Years of Mustafa Barzani' by US Foreign Service Officer David Korn was published in the June 1994 issue of Middle East Quarterly, http://www.meforum.org/220/the-last-years-of-mustafa-barzani