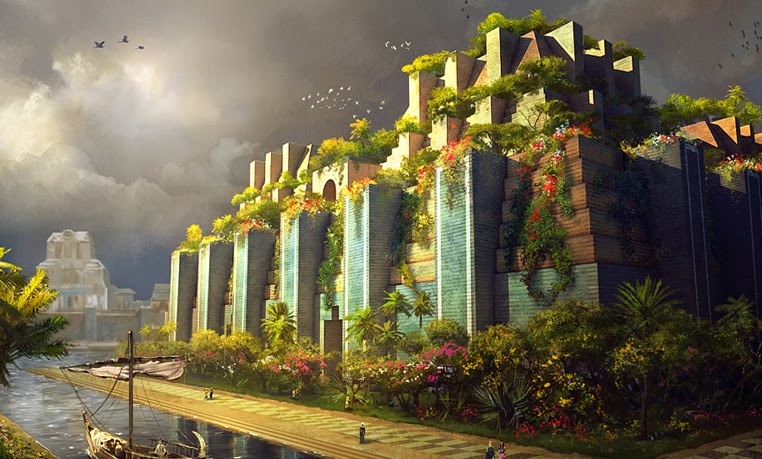 The Hanging Gardens of Babylon were not in Babylon south of Baghdad!

We learned in primary/elementary/basic school about the 'Hanging Gardens of Babylon' as one of the 'Seven Ancient Wonders of the World'.  Of the seven, the Gardens were the only one of the Wonders that hasn't been found.

But now, according to an Oxford University researcher, the Gardens were actually in Nineveh close to Mosul. The Gardens were irrigated by a well-engineered canal over 30 kilometers long constructed some 2,700 years ago, hundreds of years before Roman aqueducts were built.  The canal flows from Khinis (Khennis), not far from Shekhan in the Kurdistan Region of Iraq (KRI) where there is an important complex of Assyrian rock sculptures (bas reliefs).

A major remnant of the canal is an aqueduct (water bridge) just off a main road between Erbil and Duhok.  In 1935 the Oriental Institute of the University of Chicago published a 140-page report on the aqueduct.  Below is information on the aqueduct built by Assyrian King Sennacharib in 700 BC.  Attached is a research report by an Oxford researcher that the Gardens were actually in Nineveh, not Babylon.

Recently, this story was the subject of an intriguing PBS 'Secrets of the Dead' episode 'The Lost Gardens of Babylon' featuring Oxford's Stephani Dalley with input by Harvard anthropologist Jason Ur.

'The Lost Gardens of Babylon'  http://www.pbs.org/wnet/secrets/episodes/the-lost-gardens-of-babylon-watch-the-full-episode/1203/