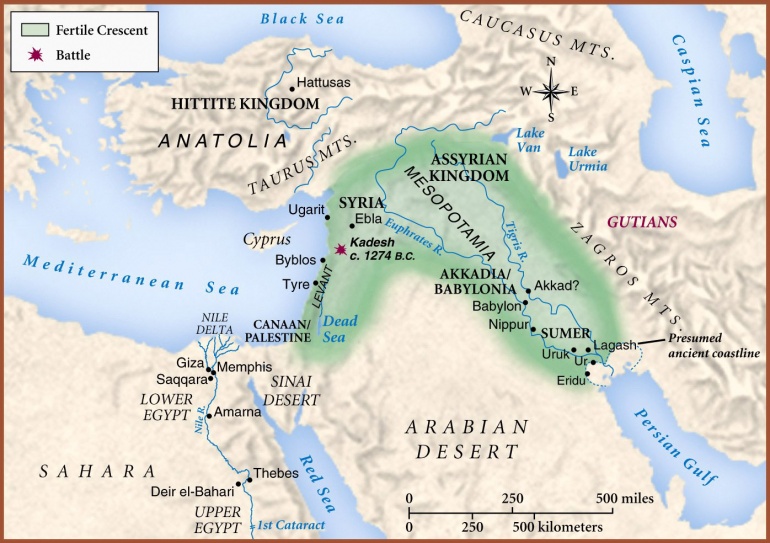 Kurdistan: window on the fertile crescent

Excerpt: "Iraqi Kurdistan is at the heart of the Fertile Crescent, the region where farming and settlement first arose, stretching from the Mediterranean across modern-day Turkey and through Iraq to the Persian Gulf. Some of history's greatest civilizations--not just the Assyrians but also the Babylonians, Sumerians, and Hurrians--reigned over the rolling hills and valleys of Iraqi Kurdistan. "It's a crossroads of cultures in all periods," says Jessica Giraud, head of the French Institute in the Near East's mission in Erbil. "It's vital to answering all kinds of questions, from the domestication of plants and sedentarization to the birth of civilization."

The Kurdistan Region's really rich natural resource is its distinctive cultural heritage.  It begins with the land itself and ends with the people, as they are today, a people connected to their land. It's about all that occurred on the land over many dozens of centuries.

What happened, and why, that contributed to an area of more than 5,000 rural communities long before more recent and rampant urbanization?  Discovering and telling this story is about discovering the real roots of today's Kurdistanis.  It's about invigorating a modern culture.

Since 2003 the Region has become a researcher's paradise where qualified and experienced archaeologists and anthropologists from leading institutions come to dig into the ancient past to determine how complex civilizations developed, a matter of worldwide interest.  The Region is personally secure and very accessible, and resources are available.

But everything is still in the early stages of development.  With hundreds of archaeological sites across the Region waiting to be examined, it's urgent they be preserved and protected, and valued as regional treasure.

Already, some sites have been damaged or destroyed in the face of rampant construction, including excavation of river and streambeds for sand and gravel where evidence of ancient civilizations is likely to be found.  For example, an elaborate network of underground channels (karez) brought water to Erbil Citadel, which began in a riverbed near Bastora many kilometers from Erbil.

Public policies to support an enabling environment that encourage more archaeological activity have yet to be designed and applied.  Streamlined procedures that promote responsible, quality work have also to be established.

But in the meantime, archaeological sites need to be protected from destruction and damage including vandalism.  Perhaps retired Peshmerga from nearby communities could be instructed on the significance of the sites they are to protect - knowledge to be shared with visitors, and trained to prevent destruction and damage, including littering by picnickers.