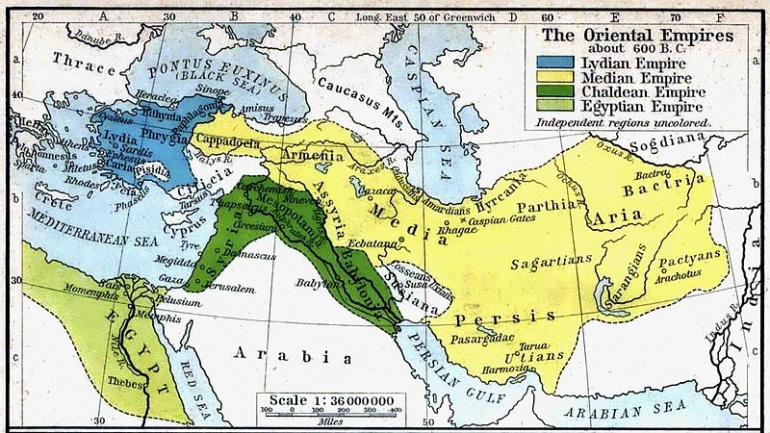 Kurdistan and our first ancestors

In describing the people of Kurdistan (Kurdistanis), someone, someplace, sometime ago wrote something like this:

"This simple (brilliant!) English sentence says everything while it says nothing.

Just who are the Kurdistanis?

Science recently determined there are Neanderthal genes in almost all of us.  Perhaps today's Kurdistanis could trace their ancestry to Shanidar Cave not far from Erbil.  During the 1960s Columbia University archaeologists discovered skeletal remains of Neanderthals more than 50,000 years old.  Apparently, they were buried according to ritual, with flowers, perhaps the earliest indication of feelings expressed among human-like beings.


Whatever the case may be, Kurdistani heritage begins with the land itself as the 'First Ancestor'.  And everything that happened on the land and all the people who lived there and passed through contributed to what Kurdistanis have become today. It all began many thousands of years ago, long before the arrangement of people into the ethnic and religious groups we know today.

The Kurdistan Region of Iraq (KRI) is a researcher's paradise.  To help discover and reveal Kurdistan's rich cultural heritage highly qualified and experienced anthropologists/archaeologists from leading universities are beginning to come to the Kurdistan Region. Some very interesting discoveries have already been made.

The Erbil Citadel in the regional capital of the Kurdistan Region of Iraq (KRI) is not only located in the center of Erbil City, it is a centerpiece of discovery.  Estimated to be about 8,000 years old, it's claimed the Citadel is one of the oldest continuously inhabited cities in the world. Efforts are underway in accordance with the 'Erbil Citadel Conservation Master Plan' to preserve and present the Citadel as a leading center of Kurdistani heritage.  While conservation work goes on, archaeological efforts continue under advice from Cambridge University archaeologist John MacGinnis.  His booklet, Erbil in the Cuneiform Sources, offers interesting background information and illustrations (published by the KRG Ministry of Culture and Youth, 2013).

Another interesting discovery indicates Babylon lost its "Hanging Gardens" but they were found in Kurdistan.  As one of the Seven Wonders of the Ancient World evidence of the 'Hanging Gardens of Babylon' has never been found, neither in ancient Babylonian writings nor on the ground.  The argument goes: either the gardens never existed and were a made-up story, or they were someplace else.  An Oxford University researcher says they were more likely located in Nineveh near Mosul, irrigated by a well-engineered canal constructed in 700 BCE that ran more than thirty kilometers from Khinis in the KRI. This story was enjoyably presented in a 50-minute tv program in France, the UK, and the United States.

Harvard landscape archaeologist Jason Ur determines archaeological sites using spy satellite photos. These photos, produced in the 1960s, have been declassified and are now available to anyone on the Internet. Analysis indicates settlements, canals, pathways, and underground waterways that appear as dotted lines where air shafts collapsed.  His analysis indicates 1,200 archaeological sites in an area with Erbil at its center.  He says, "The Erbil plain has a denser archaeological landscape than any other surveyed place in Greater Mesopotamia."

This is all about knowing and understanding the stories archaeological sites tell. Jason Ur says, "If the local people are going to write their own history - which I think everybody should be able to do - they need to know where these places are."